A window of opportunity

For 17 years, Grant Thornton has been tracking the global progress of women in senior management. In the last 12 months, unprecedented events have had an unforeseen and unparalleled impact on that progress.

The coronavirus pandemic has driven a fundamental shift in global working practices. It has forced millions into a remote working model. It has exposed weaknesses in supply chains; caused businesses to assess the factors essential to survival; and underlined the mid-market as the beating heart of many sectors, central to keeping economies functioning.

These seismic shifts have, inevitably, had repercussions for women in business, their prospects and the challenges they face in the coming months and years. The business landscape appears to be undergoing permanent changes, not least due to the more flexible, hybrid working environments being adopted by many organisations.

“Businesses need to consciously look at the positive shifts that have occurred around diversity, inclusion, and women in leadership, and lock those in. They have to ensure that, as they shape the future work environment, they take the learnings from the pandemic into account. The more flexibility they provide in how and when people do their jobs, the more engagement they’ll get, and the more attractive they’ll be as employers.”

Widening the door to diversity

Progress towards greater diversity and inclusion, and particularly gender parity in senior management, has in the past decade moved slower than it should. But as a result of the upheavals of the past year, it is both more possible and more important than ever before.

Research studies from 2020 are definitive that women’s employment and career development have both been impacted significantly by the pandemic. But they diverge over whether it has set the gender parity movement back by several years, or if it could prove to be a springboard into senior positions for more women.

A window of opportunity

At Grant Thornton, we believe there is now a window of opportunity during which mid-market leaders can accelerate the progress of their businesses into a more inclusive future – or choose to revert to previous models. The benefits of diversity at a senior level include improved financial performance, leveraging talent, reflecting the marketplace and customer perspectives, and increased innovation. All of which will help businesses successfully navigate these uncertain times.

The Women in Business 2021 report outlines the position of women in senior management around the world as we witness the emergence of a more diverse and inclusive leadership model, and highlights the actions leaders need to take to create a step change in the proportion of high-level roles held by women.

“We won’t really know what changes COVID’s made for a couple of years. It could both help and hinder. Virtual working may help some women get into certain roles, and make those roles more manageable. But with COVID, where some women’s lives are being taken up with just keeping the family running, it could be pushing them back.”

The Women in Business 2021 report outlines the position of women in senior management around the world as we witness the emergence of a more diverse and inclusive leadership model, and highlights the actions leaders need to take to create a step change in the proportion of high-level roles held by women.

When Grant Thornton began reporting on the number of women in senior management in 2004, the proportion of leadership roles held by females worldwide stood at 19%. Over the past 17 years, the long-term global trend shows a positive trajectory, never dipping below that first recorded level.

Since 2017, when a quarter of senior positions were filled by women, progress has continued to be made, but it has been slow and irregular. Last year we reported a levelling out, with the overall number static at the 29% mark recorded in 2019. In 2021, however, there is cause for optimism, as the figure has hit 31%, indicating that, in short order, a third of all senior management positions are likely to be held by women. 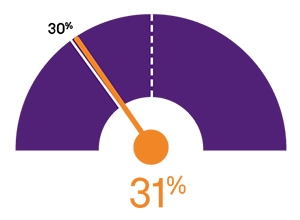 Another cause for optimism is the passing of the 30% tipping point at the global level.

Reaching this milestone is predicted to catalyse greater gender diversity in senior management and engender lasting transformational change. When broken down regionally, we see an exponential gain in the prevalence of countries with a proportion of women leaders exceeding this 30% tipping point. This illustrates a critical mass of progression at a global level.

As well as accelerating the opportunities for women coming through behind these female leaders, achieving 30% of women in leadership positions has been shown to make a significant difference to an organisation’s profitability and market share, according to Women Lead the Way author Linda Tarr-Whelan, distinguished senior fellow of the Women’s Leadership Initiative at US think tank Demos.

In 2021, we have reached a significant landmark, with nine in 10 businesses worldwide having at least one woman in their senior management teams. By comparison, in 2017 that figure stood at two-thirds, with only 66% of businesses having at least one female leader. That there has been a three-percentage-point improvement in this figure since 2020 is certainly a continuation of the positive trend seen over the past five years, and could have a number of causes. Work by businesses on their diversity and inclusion policies is paying off. But it is also possible that the coronavirus pandemic has emphasised the importance of diverse leadership in times of crisis.

Gender parity grows across the globe

Reflecting the global results, in this wave of our Women in Business reporting almost all of the regions that were measured recorded their respective highest or equal highest proportions of women in senior management. This is notable in a year when every region suffered the economic impacts of the pandemic to a greater or lesser degree. Encouragingly, 83% of the countries surveyed recorded a proportion of women leaders over the 30% tipping point. In our 2020 report, that figure was considerably lower, at just over half (55%).

Within the overall positive trend, there are success stories for a number of regions.

Africa, consistently one of the best-performing regions for female leadership, has continued its upward trajectory. Although this year’s increase is not as impressive as the 7% year-on-year lift seen in 2020, over five reporting cycles the region’s figures have improved significantly – from 29% in 2017 to 39% in 2021.

The European Union, meanwhile, has also seen a reasonable lift from 30% to 34%, with over a third of all senior positions now being held by women. This marks an eight-point increase since 2017.

Close behind Africa in the 2021 ratings is ASEAN, with 38% of senior roles filled by women. This marks a near total recovery to its record level of 39% in 2018, following an 11-percentage point slide to 28% in 2019. That slip is a cautionary tale that change isn’t guaranteed to follow a positive trajectory.

Latin America has also continued to recover from a 2019 dip to record a 36% proportion of women in senior management. This is the most impressive regional performance over the five most recent research reports, rising from 20% in 2017.

North America has seen more mixed results, but nonetheless improved its 2020 score by four percentage points, and its 2017 figure by 10 percentage points overall. At 33%, the region has achieved a figure of one in three senior roles occupied by women.

Overall, APAC is the poorest performer, falling just short of the 30% tipping point at 28%. The region’s improvement since 2017 stands at three percentage points, with 2021 returning its proportion of women in senior management to the level seen in 2019, after a minor dip in 2020.

Your prime contacts in Austria 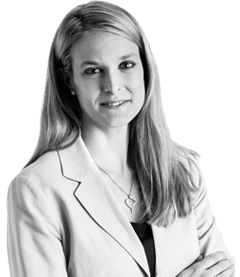 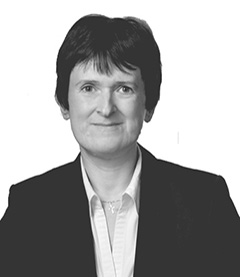