The retail sector is the largest industry in Austria - more than 400,000 employees and around 15,000 apprentices are employed in this sector, for which the corresponding collective trade agreement. The "OLD" salary system, which has been in place for 45 years, must now be replaced by the "NEW" salary system by every company by December 31, 2021 at the latest. In the following article we would like to summarize the most important key points of the changeover.
Contents

The old salary scale, which is only valid for the year 2021, consists of 8 salary scales (A-G, as well as C1 and C2), two salary areas (special regulations for Salzburg and Vorarlberg), 6 occupation groups, separate income scales for apprentices and nine salary levels, depending on the employee's year of employment.

Companies that have only been operating since December 1, 2017, must already manage their employees in payroll accounting in accordance with the provisions of the new salary system from the beginning.

In contrast to the outdated salary system, the new salary table consists of 8 employment groups (A-H), each with 5 levels - distinctions in salary areas or subdivisions into different trade sectors, for which special regulations apply, are thus a thing of the past.

The collective agreement contains a brief description of the characteristics of an employee to be assigned to each employment group, as well as examples of associated reference functions, so that the employee can be classified as simply as possible. A jump to the next salary level always follows after three years in accordance with the NEW salary system.

If the right changeover date has been found for you as a customer (the first of each month is always possible), some preparations must be made before the classification of employees into the new employment groups and the calculation of the new minimum salaries can begin.

All employees must be informed in writing no later than three months before the changeover - no later than 4 weeks before the specified cut-off date, the employee must be given a so-called "changeover service slip". Special rules apply if there exists a works council in the company. In addition to the formalities that must be clarified directly with the employees, the social partners also have to be informed if more than 10 employees are employed in the company.

Whether you need advice on labor law, time evaluation in trade or conversion to the new salary scheme - we will be happy to support you in dealing with your concerns. 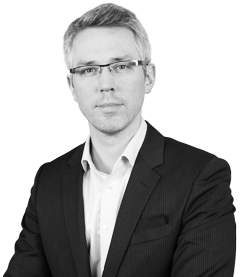