Acquisitions of businesses can take many forms and can have a fundamental impact on the acquirer’s operations, resources and strategies. But what is a reverse acquisition and how do you account for it?
Contents

Our ‘Insights into IFRS 3’ series summarises the key areas of the Standard, highlighting aspects that are challenging to interpret and apply in practice. This article follows on from our published article ‘Insights into IFRS 3 – Identifying the acquirer’ and presents guidance for an area which is difficult in practice – reverse acquisitions.

Our ‘Insights into IFRS 3’ series summarises the key areas of the Standard. Download the full article or read on for more information.

What is a reverse acquisition?

This is explained in the following diagram:

Is the reverse acquisition transaction a business combination?

When a transaction between entities is carried out primarily by exchanging shares, the entity that obtains the control over the other entity is the accounting acquirer. Although IFRS 3 indicates to use the guidance in IFRS 10 to identify such acquirer, in practice, the factors listed in IFRS 3 with regards to the transactions effected by an exchange of equity interests should also be analysed. Refer to our article ‘Insights into IFRS 3 – Identifying the acquirer’ for more details on this guidance.

The following facts and circumstances are likely to indicate the legal subsidiary is the accounting acquirer:

What if the legal acquirer transfers also cash?
When a legal parent pays cash to acquire shares in a subsidiary the transaction would normally be accounted for as a regular business combination, ie considering the entity that is transferring cash is the acquirer. However, in some circumstances the business combination can still be considered a reverse acquisition even if cash is transferred from the legal parent to the owners of the legal subsidiary where other facts demonstrate the legal subsidiary is finally the accounting acquirer.

An important determining factor in identifying the acquirer is control. When it is clear as part of this transaction the legal subsidiary has obtained control over the legal parent (in accordance with the definition of control as stated in IFRS 10 ‘Consolidated Financial Statements’), the transaction should then be accounted for as a reverse acquisition. While this is a possible scenario, and one that can be challenging to deal with in practice, we do not believe reverse acquisitions with a payment in cash are common in practice.

What is a business?

This is one of the most commonly asked application questions in practice, in part because the answer makes a significant difference to how the transaction is accounted for. IFRS 3 includes both a definition of a business and some detailed supporting guidance.

What are the minimum requirements to meet the definition of a business?
IFRS 3 acknowledges that despite most businesses having outputs, outputs are not necessary for an integrated set of assets and activities to qualify as a business. In order to meet the definition of a business, the acquired set of activities and assets must have as a minimum an input and a substantive process that can collectively significantly contribute to the creation of outputs.

Furthermore, IFRS 3 includes an optional concentration test that could be relevant in the present context. Refer to our article ‘Insights into IFRS 3 – Definition of a business’ for more details, Including how to apply the optional concentration test. In our view, a listed shell company that has no current substantive operations, and whose activities mainly involved managing its cash balances and filing obligations, would not meet the criteria of a business. This is because it has no substantive processes. For this reason, we consider many transactions in which a private operating company arranges to be acquired by a listed shell company are not business combinations and therefore fall outside the scope of IFRS 3.

The following diagram illustrates the two possible accounting treatments, with reference to the relevant publications, when facing a reverse acquisition:

We hope you find the information in this article helpful in giving you some insight into IFRS 3. If you would like to discuss any of the points raised, please speak to our experts Christoph Zimmel and Rita Gugl. 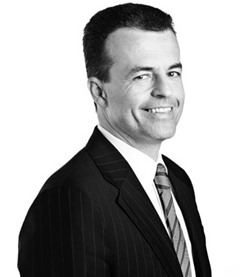