The countdown has started: Britain is on the brink of Brexit

In the transition phase lasting until the end of 2020 everything will essentially remain as before except that the UK will have no voting rights will have legally left the European Union. However, the trade agreements that govern the period after withdrawal must be made quickly.

Both chambers of the British Parliament have approved the Brexit Act and the Queen has given Royal Assent. This means that the withdrawal agreement is now a done-deal on the UK side. The next step is for the European Parliament to approve the withdrawal agreement on 29 January. Only two days later, on 31 January at 24:00 (CET), Great Britain will leave the EU. More than three and a half years after the British had voted for withdrawal in a referendum, the Brexit is finally being executed.

Until the end of 2020, there will still be a transitional phase for Great Britain, during which no fundamental changes will take place. Until then, Britain will remain within the EU's internal market and the European Customs Union. However, within this period, the EU and Britain must agree on their future relationship: There is a wide range of issues that must be agreed. These include, for example, the conclusion of a trade agreement or the shape of the future partnership and information sharing in the fight against crime and terrorism.

What are the changes for Britons in the EU and EU citizens?

According to the current treaty, EU citizens in the UK and British citizens residing in the UK should not have to fear any changes to their status or rights cuts even after the transition period using a “settled Status” regime that is broadly mirrored across the EU27. This mainly concerns the right to reside, work or travel.

The United Kingdom is not a member of the Schengen Agreement, which regulates the free movement of people between its signatories without the need for border controls. Previously, anyone wishing to enter the UK from another EU country needed a valid identity card or passport and had to go through border controls. This will not change until the end of the transitional period.

Read a personal take on Brexit from our International Liaison Director Andrew Dickson.

Click here for the article Brexit by a Brit

Our tax, advisory and outsourcing experts will be happy to answer all your questions about Brexit. Get in touch! 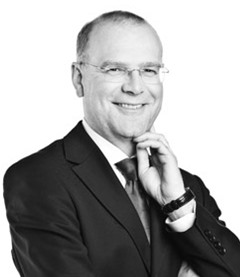