Resetting global tax rules after the pandemic: a primer for businesses

Across the global economy, governments are becoming more protectionist. Businesses are seeing rising challenges, and finance heads are dealing with a range of new measures, including new requirements and legislations around tax and compliance. All while emerging from a global economic pandemic. To say the next 12 months are critical for businesses is an understatement.
In this article

During a prolonged financial crisis, such as the one triggered in 2008-09 by the collapse of the US sub-prime market and the current period of uncertainty caused by Covid-19, tax revenues tend to decline significantly. The events of 2009 highlighted the issue of imbalance in tax rates in different countries which led to the loss of revenue collections at the global level and the implementation of the Base Erosion and Profit Shifting action plan by the OECD.

As the global economy begins to stabilise after a period of sudden and sharp drops in activity, global leaders are once again looking to reset global tax rules and push for bold reforms.

The economic shock caused by Covid-19 has so far been much more severe than the global financial crisis of 2008-09. World GDP shrank by 3.3% last year compared to 1% in 2009. But the pandemic has also shown a light on alarming and fast-rising levels of disparity. Today, the world’s richest 1% own almost half of all global wealth and billionaires gained around $3.9 trillion USD in 2020, as per some media reports.

Levelling the playing field has emerged as a priority for the international community. In June 2021, the G7 announced a commitment to reform the global tax system. The new approach is made up of two pillars. Firstly, a commitment to shift the allocation of taxable profits to market jurisdictions (where consumers are based). For value created by consumers, the proposals would look to allocate 20% of profits over a 10% margin to market jurisdictions. This would apply to the “largest and most profitable” multinationals that have more than EUR 20 billion of global turnover and profitability above 10%. This threshold is proposed to be reduced to EUR 10 billion after 7 years of its implementation. Secondly, a new global minimum tax rate of 15% for companies with global sales in excess of EUR750.

While this announcement did not come out of the blue, it does represent a big step towards what would be some of the most significant changes to global taxation in a generation.

An important point to note is that though the current provisions are proposed to apply to large global companies, however, it should be seen as an emerging trend and coverage is likely to increase over time.

The introduction of these new rules is still a few years off, but they coincide with several aligned trends that businesses will need to factor into their strategic decision-making.

A number of trends are changing the ways that global businesses approach their tax and reporting obligations, as well their strategies going forward.

The rise of ESG
There is a rising awareness withing the corporate community of the need to shift from a focus on pure returns to sustainable outcomes. This thinking is also being reflected in the attitudes of investment communities, policy makers and consumers.

The disruption caused by the pandemic has placed even more emphasis on building business models that are more focused on environmental, social and governance (ESG) outcomes. Currently, around half of European investment funds and 25% of those from the US are investing directly in the ESG sector, as per some media reports. This equates to around $100 trillion USD of funds.

Stricter regulations
Tax authorities around the world are introducing more stringent restrictions to reduce the effectiveness of transactions and structures that are designed for aggressive tax planning. The EU’s mandatory disclosure regime (DAC6 Directive), for example, aims to increase transparency by requiring intermediaries and some taxpayers to report cross-border transactions which are deemed to be aggressive tax planning. The UK has also introduced similar rules to make the reporting of offshore structures mandatory.

New anti-avoidance rules
For these reforms to have more of an effect, tax authorities need to have more teeth. This is exactly what the introduction of the General Anti-Avoidance Rules (GAAR) is designed to do. GAAR aims to check aggressive tax planning by factoring in the real intent of an economic entity and purpose of a particular arrangement before determining its tax liability. So far it has been implemented by about a dozen countries with more likely to follow.

Value-Added-Tax (VAT) and Transfer Pricing (TP)
VAT is a mainstay of the tax systems of over 50 countries, due to its tax-neutrality and revenue-generating potential. But the issue of TP is also increasingly gaining momentum globally. Most of the OECD and G20 countries have implemented TP legislation and counties across the Middle East and Africa are doing do as well.

Taken together, it is clear that the global tax system is undergoing a period of significant change. As governments look to increase tax revenues following the pandemic, businesses need to be prepared for increased scrutiny, reporting obligations and measures that make certain tax strategies no longer feasible.

If you would like to discuss any of the points raised in this article and how they may affect your business, please speak to our expert Andrew Dickson. 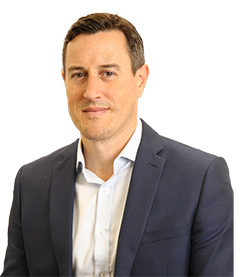